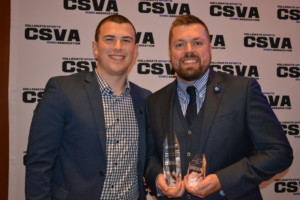 The video was one of four finalists for the Ultimate SAVVY, but was one of over 80 total videos entered into this year’s contests.

Annually, the Collegiate Sports Video Association presents awards in various categories including Motivational, Recruiting and Highlight. New this year was a Short Social category to include videos mainly used on social media. The winners of each category are announced at the annual awards ceremony, then voted on to take home the Ultimate SAVVY for the year.

This was Penn State’s second SAVVY honor and first-ever Ultimate SAVVY win. The team had a video win the Highlight category in 2017.